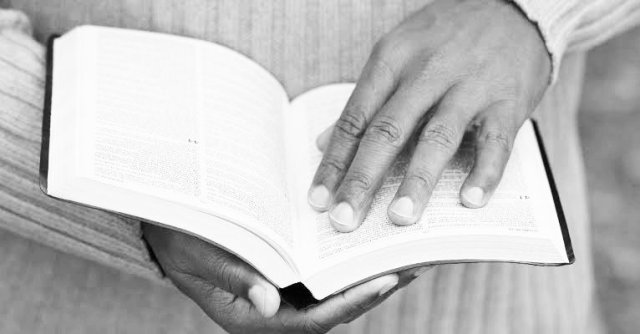 I am going to start this article with a disclaimer; God did not tell me nor did I receive a revelation about what I am about to write.

What does it mean in simplified English language?
It’s means God owns the whole earth which includes the mountains, skies, air, land, water and then everything in it means humans, animals, trees, fishes, etc…Genesis Chapters 1&2 and Hebrews Chapter 1:3

What’s the implication of that scripture? It means nothing happens without God’s knowledge and consent. Everything (Visible and Invisible, Mortal and Immortal, human and spirit report to Him and seeks His approval). Remember Job Chapter 1:6?

So let’s keep these above facts aside for a while.

The two sets of people are;
1. God’s own people.
2. People who oppose God

Let’s see some examples in the scriptures;
Numbers 13 & 14… here, Moses sends spies to check out the land the Lord has promised…they came back “initially” confirming it is a land flowing with milk and honey but when the decision to moved(battle) against the city was been discussed, the men turned around and started lying …verse 32 “And they spread among the Israelites a bad report about the land they had explored. They said, “The land we explored devours those living in it…” And then the people murmured and started talking about stoning them and by Chapter 4:10 God had gotten angry and sought to destroy them.

In Numbers 21; despite giving them victory over the Canaanites, the Israelites once again “grew impatient” and murmured, grumbled, complained and spoke against God(general became ungrateful and rebellious)…see verses 4-5 and then verse 6 says “then the Lord sent venomous snakes among them; they but the people and many Israelites died”

2nd Kings 16, King Ahaz of Israel served other gods, disobeyed the Lord and was rebellious to God and in 2nd Kings 17, Hoshea, son of Elah became king of Israel in Samaria and he too ruled like Ahaz(the king before him). He too did much evil in the sight of God, living in utter disobedience(verses 7-40) and God allowed Samaria to be conquered by the king of Assyria and the King of Assyria exiled all the Israelites from Samaria.

Amos 9:8-10 confirms God’s dealing with his own when they become rebellious…. ““Surely the eyes of the Sovereign Lord are on the sinful kingdom. I will destroy it from the face of the earth. Yet I will not totally destroy the descendants of Jacob,” declares the Lord . “For I will give the command, and I will shake the people of Israel among all the nations as grain is shaken in a sieve, and not a pebble will reach the ground. All the sinners among my people will die by the sword, all those who say, ‘Disaster will not overtake or meet us.’”

Never forget Hebrews 3:7-9 which says “So, as the Holy Spirit says: “Today, if you hear his voice, do not harden your hearts as you did in the rebellion, during the time of testing in the wilderness, where your ancestors tested and tried me, though for forty years they saw what I did.”

These are examples of God allowing a disaster upon His own people and the reasons for doing so are clear.

Join me for the concluding part tomorrow…That I May know Him… Philippians 3:10 Part 2