CAN WE AVOID BEING HURT? (B) 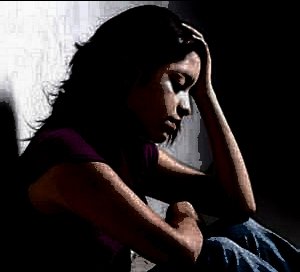 Let’s take a look at the Lord Jesus himself. In the book of John 6:1-13 the Lord Jesus fed 5000 men (women, children and babies not counted) with five loaves of bread and two fishes. Everything Jesus did was to pass across God’s love and faith as a connection to God; New Testament standard which is found in Galatians 3:11… “But that no man is justified by the law in the sight of God, it is evident: for, The just shall live by faith” and Hebrews 11:6… “But without faith it is impossible to please him: for he that cometh to God must believe that he is, and that he is a rewarder of them that diligently seek him.”

Faith as the only form of relationship with the Almighty Jehovah was the point Jesus was trying to drive home for His disciples first and everyone else too when He multiplied the bread and the fish and fed the people. His emphasis on having a relationship with the Father was cardinal to His messages yet in John 6:15 the Bible says… “Perceiving then that they were about to come and take him by force to make him king, Jesus withdrew again to the mountain by himself.”

Why did they want to make him king after His messages have been so clear that the Father(Jehovah) is the true and only King?

The answer is simple; they wanted a bread-and-fish-multiplying machine at their wish and command. They wanted their bellies full at all times. They saw Jesus as their meal ticket and Jesus knew this.

In the same book of John and the same chapter 6, after eating the bread and fish, from verses 22 to 24 the people started looking for Jesus…Why? By verse 25 they found Him and asked “Rabbi, when did you come here? And he replied in verse 26-28… “Jesus answered them, “Truly, truly, I say to you, you are seeking me, not because you saw signs, but because you ate your fill of the loaves. Do not work for the food that perishes, but for the food that endures to eternal life, which the Son of Man will give to you. For on him God the Father has set his seal.”

They wanted to take advantage or use Jesus as supplier of their daily food and nothing more and if Jesus was vain (like many) He would have accepted the kingship thinking it is out of love, understanding and acceptance of His messages but will later be hurt when He finds out they were only concern with their bellies alone.

Imagine how hurt Jesus would have felt!… but because we are human with lots of frailties, we sometimes cannot see beyond other people’s intentions towards our kinds, generosity, loving and open-heartedness disposition as expected of a true believer.

So we asked the question earlier… “Can believers avoid hurt from being used or taken advantage of because of obedience to God?

In my opinion the answer is NO but we can rely on the Holy Spirit as the Lord Jesus did to avoid such happening to Him… Acts 10:38 “how God anointed Jesus of Nazareth with the Holy Spirit and with power. He went about doing good and healing all who were oppressed by the devil,”

We cannot stop doing God’s will because we want to avoid hurt that comes from being used. Obedience to God’s word is not conditional or seasonal but a life style hence we pray for the grace of God and the help of the Holy Spirit to do His will. Remember Romans 8:14 says “For as many as are led by the Spirit of God, they are the sons of God.”

Also there are times when you could not avoid it (because you are simply human) and now you are hurting. Should you stop doing God’s will?

My opinion is also NO. if you are hurt, the Holy Spirit is still your way out of the hurt… John 14:26 says “But the Comforter, which is the Holy Ghost, whom the Father will send in my name, he shall teach you all things, and bring all things to your remembrance, whatsoever I have said unto you”
The Holy Spirit will teach you how to handle the hurt; who to talk with and what to do. Rather than becoming bitter, He will turn your hurt into a testament of God’s unfailing love and remind you of His word in Deuteronomy 3:16… “Be strong and of a good courage, fear not, nor be afraid of them: for the LORD thy God, he it is that doth go with thee; he will not fail thee, nor forsake thee.”